UPS systems provide emergency backup power to applications during severe weather conditions, unexpected power outages, and during unstable power fluctuations. However, a UPS system may also experience failure at uncertain times, which could create serious problems for facilities when they need to have a backup source of power. These failures may range from a UPS internal component failure such as a fan or logic board failure to a battery failure. Learn more about the leading causes of UPS battery failures and what to do to prevent them.

Like any other piece of equipment, a UPS battery system should undergo scheduled maintenance, repair, or replacement to ensure the system works as intended. If the UPS system is used outside its recommended parameters or not used for its intended application, certain factors may cause the UPS system to fail. Some common types of UPS battery issues may entail the following.

Batteries may overheat from a variety of causes. A UPS battery has a nominal operating temperature of 77°F. If the battery environment is below or above this temperature, it will experience shortened capacity or fail to hold to the load when needed.

Batteries within a UPS system have a 100% capacity when first installed in an operating environment of 77°F. This capacity rating means that the battery is able to fully support the load for the designed run time at a specified load. However, over time battery capacity can be impacted based on a number of factors such as temperature, number of discharges, and charge voltage to name a few. When a battery's capacity drops, it means it can no longer provide the amount of power for the length of time the system was designed for.

Thermal runaway is a dangerous condition that can occur within a battery system. This condition can occur when the impedance changes within the battery system (internal battery components/chemistry and/or connections) requiring the charging system working harder (providing more current/ amps) in order to maintain the designed battery system voltage. As the charging system works harder to maintain system voltage the battery system, the extra current is dissipated as heat which results in further impedance changes. This cycle will continue until the charger and battery system is either taken offline or a connection is burned open. When a battery undergoes thermal runaway, it becomes permanently damaged and may result in a fire or explosion.

Sulfation is a chemical reaction that occurs along the battery's positive plates. The sulfate crystals start to accumulate, causing the battery to slowly lose capacity until it is dead over time. Sulfation is a common occurrence with lead acid batteries and it may lead to permanent damage in the way of shorter battery life, higher heat buildup, longer charging times, and shorter run times.

Factors That Cause Premature Battery Failure

There are many factors that may lead to battery overheating problems, sulfation, thermal runaway, and capacity loss. Proper identification of the issues can allow the right types of solutions to be implemented.

Most UPS and battery equipment is designed to be run in a computer room type of environment that is free from dust and debris and has ambient temperatures that are suitable for the electronics. Manufacturers will list the suitable operating temperatures for the system, which may range from 32°F to 102°F. The battery within the UPS system should be operated at an ambient temperature as close to 77°F as possible. Running the battery in temperatures higher than the recommended range may result in overheating, loss capacity, and failures and for every 10°F above 77°F the battery life expectancy is cut in half.

UPS systems utilize batteries specifically designed for this application. Using the wrong type of battery in your UPS may lead to failure, overheating, or shortened lifespan. This is a very common problem today as there are so many battery suppliers providing inexpensive alternatives to the critical power market. Clients may think they are saving a few dollars but in reality the total cost of ownership goes up as these batteries fail prematurely resulting in down time, emergency service visits, and ultimately replacement of the system battery prematurely.

Mishandling of the battery, using the UPS battery in other applications where it is not intended, accidentally dropping the battery, or damage caused while in transport may lead to problems where the battery short circuits or overheats.

When UPS batteries are placed into storage, the battery undergoes self-discharging. The self-discharge rate varies based on the battery chemistry, such as lead acid, lithium-ion, or nickel-based (NiCad/NiMH) chemistries. When a battery self-discharges for long periods of time, it can experience capacity loss if they do not undergo a full periodic recharging.

Both thermal runaway and overheating impact the capacity of the battery. Damage to the battery, improper handling, improper battery use are additional reasons why a battery cannot charge to its intended capacity rate.

How to Correct UPS Battery Faults

Many UPS battery faults can be corrected with proper handling and usage of the battery. You should also perform the correct charging/recharging cycling processes, use and store batteries at optimal room temperatures, and avoid undercharging the battery. Also, consider having a technician perform preventive maintenance which may involve visual inspections of the batteries to look for sulfation, ventilation and cooling issues, and incorrect wiring problems may prevent short circuits and other issues.

Here at Facility Gateway Corporate, we offer maintenance services and provide the necessary testing and parts to ensure that your UPS battery is working at full capacity. Learn more about our services by contacting us today. 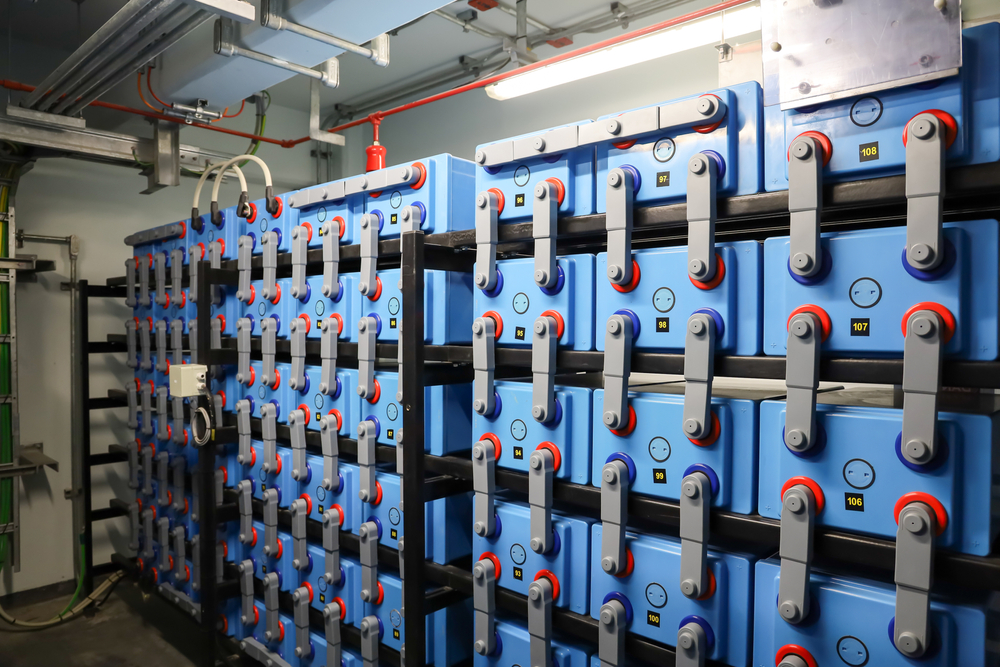 REVIEWS FROM OUR CUSTOMERS

Helping our customers succeed is what we are all about.